History of the College

The Order of St. Augustine otherwise called Augustinians, are Catholic religious order or congregation which was formally constituted in the 13th century and combined of several previous Augustinians in the monastic societies into one. The Order has done much to extend the influence of the church, to propagate the Roman Catholic Faith and to advance learning.

It is in the light of this that St. Augustine's College came into existence. It is a coeducational institution, owned and run by the Augustinian Fathers of the Province of Nigeria. It was established in September 2009 to take care of all facets of human development. The College is situated at New Karu, Nasarawa State near Abuja.
The late Fr. Vincent Hickey of blessed memory conceived the idea and acquired the land. The land is located on 14 hectares of fertile land at Lubudna New Karu, Nasarawa State. James Daman secured it. Patrick Akinrimisi negotiated the involvement of Apurimac Onlus. 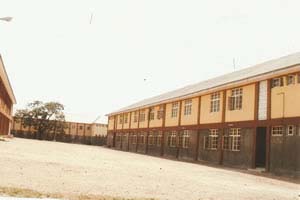 John Niyiring got the financial commitment of the Curia. He also laid its foundation stone. Hyacinth Kangyep brought the Irish and the Americans on board financially. He got the project up and running with military precision. Richard Hughes is at his best in the construction work of the project. The College is impressive in vision and architectural design. This signals the second adventure of the Augustinians in secondary school's education in Nigeria after the great Villanova Numan, Teacher's College Bazza, Madonna College Sugu, etc. The aim of establishing Saint Augustine's College among others is to share the Augustinian's Educational Ethos with the lay faithful and to contribute our quota to the educational development of the country.

St. Augustine was a great and wonderful teacher. He believed education is for people with first names and last names, with virtues and faults, with needs and values. It is no surprise then that those who profess his inspirations are committed to teaching and educating at all levels. Infact, one third of all Augustinian Fathers are involved in this noble Apostolate. He strongly believes that education has an immense impact on the human society. He is of the opinion that a person is not in his proper sense until he is educated.

Education trains the human mind to think and take the right decision. In other words, man becomes a rational animal when he is educated. Training in love aims to bring the person to a state of personal wholeness, and it creates an academic society of friendship and mutual cooperation. Mr. Columba Jada Yakubu was appointed the first principal of the College on the 28th August, 2009. He was appointed for a period of one (1) year.
The Nasarawa State Ministry of Education has upgraded the College from a Junior Secondary School to Senior Secondary School. In addition, the National Examination Council, Minna has certified the College as its examination centre. Consequently, the Basic Education Certificate Examination (BECE) for JSS III classes took place in the place in the College from 21/5/-6/6/2012. The students had the joy of writing the exams in the school premises.

Our Motto
Anima Discendo Crescit (The Soul Grows By Learning)

Our Vision
To unite and groom individuals from divers backgrounds on a tripodal platform of dedication to studies, communal character building and the search for God through core Augustinian values.

Our Mission
To mentor and form spiritually balanced, morally sound and intellectually motivated. Young men and women that will meaningfully contribute and promote the common good of the society, be it spiritual or temporal.